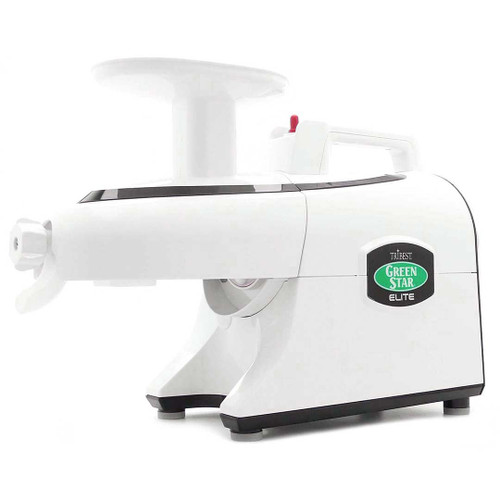 GreenStar Juicers are made by the award-winning Tribest who have been adored globally by juicing devotees, raw food enthusiasts and leading nutritional therapists for more than a quarter of a century. The latest addition to the renowned range of twin gear juice extractors is the GreenStar Elite GSE 5000 Twin Gear Masticating Juicer, which features a whole host of upgrades compared to the original juicing line from GreenStar.

In the Elite GSE 5000 model, the pulp is mixed much more easily which allows the membranes to be penetrated more easily, allowing a greater volume of both juice and minerals to be removed. The juicer has also been made much easier to operate by GreenStar thanks to a reduction in the number of different parts which are also simpler to take apart, put back together and to clean.  The body design of the Elite GSE 5000 has also been given a contemporary revamp which is attractive as well as being practical. For a price tag of less than £600, the GreenStar Elite GSE 5000 Twin Gear Masticating Juicer is without question one of the best buys on the market. 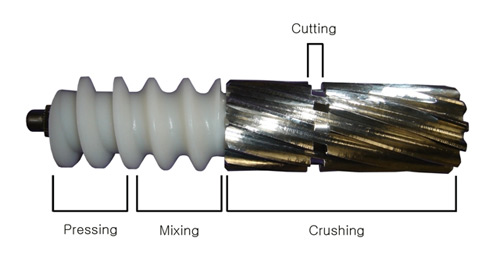 Some of the other new highlights of the GreenStar Elite GSE 5000 include: 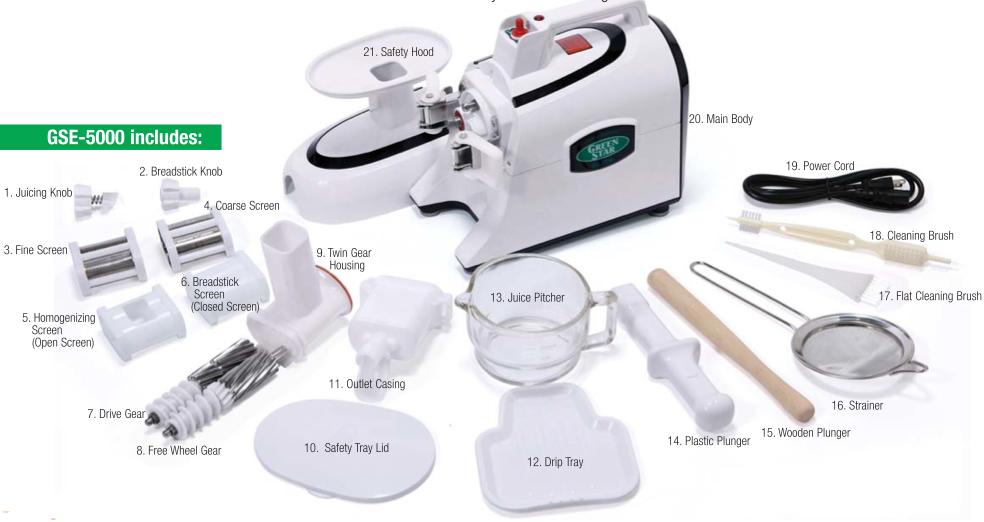